In 1968, American graphic artist Harry Gordon designed a series of mod-pop paper ‘poster dresses’. The shift-style dress comprised five designs – ‘Mystic Eye’, ‘Giant Rocket’, ‘Rose’, ‘Pussy Cat’ and ‘Hand’ – and sold for US$2.98. Fabricated from screen-printed tissue, wood pulp and rayon mesh, the dress came with the proclamation: ‘Toughness is woven into the non-woven fabric for long, l-o-n-g wear, and should you tire (which is doubtful), just cut open all the seams and hang it on your wall as a mammoth poster.’ Disposable paper fashion flourished in the United States during the 1960s. While individual paper and papier-mâché clothes and accessories had existed since the nineteenth century, the craze for modern paper dresses began in 1966 when the Scott Paper Company in Philadelphia used them in a marketing promotion whereby customers were invited to send in a coupon from a Scott product in return for a ‘Paper Caper’ dress made from Dura Weave material. The campaign was remarkably successful, generating 500,000 shipments in a six-month period, and stimulated other manufacturers to promote paper garments.The paper dress emblematised the youthful, consumerist Zeitgeist of the 1960s. Cheap, fun and disposable, paper dresses often featured pop-art patterns, advertisements or artworks such as Warhol’s Campbell’s Soup cans. Customers were able to easily customise their outfits by colouring them in or cutting to alter the style. But the novelty quickly wore off as the disadvantages became apparent: garments were generally ill-fitting, uncomfortable, not to mention flammable. By the end of the decade the paper-clothing craze had become obsolete and the dress was relegated to the museum.

Harry Gordon’s poster dresses are now held in collections around the world, including the Victoria and Albert Museum in London, the Kyoto Costume Institute, the ATOPOS Contemporary Visual Culture in Athens and New York’s Metropolitan Museum of Art. Recently the dresses were exhibited in ‘Paper Fashion’ (2007–13), which featured garments from the ATOPOS paper-dress collection and paper works by well-known contemporary designers such as Issey Miyake, Hussein Chalayan, Walter Van Beirendonck and Ann Demeulemeester.
Picture of the  paper dresses is made by Katy Kane. Have a look at her website: www.katykane.com 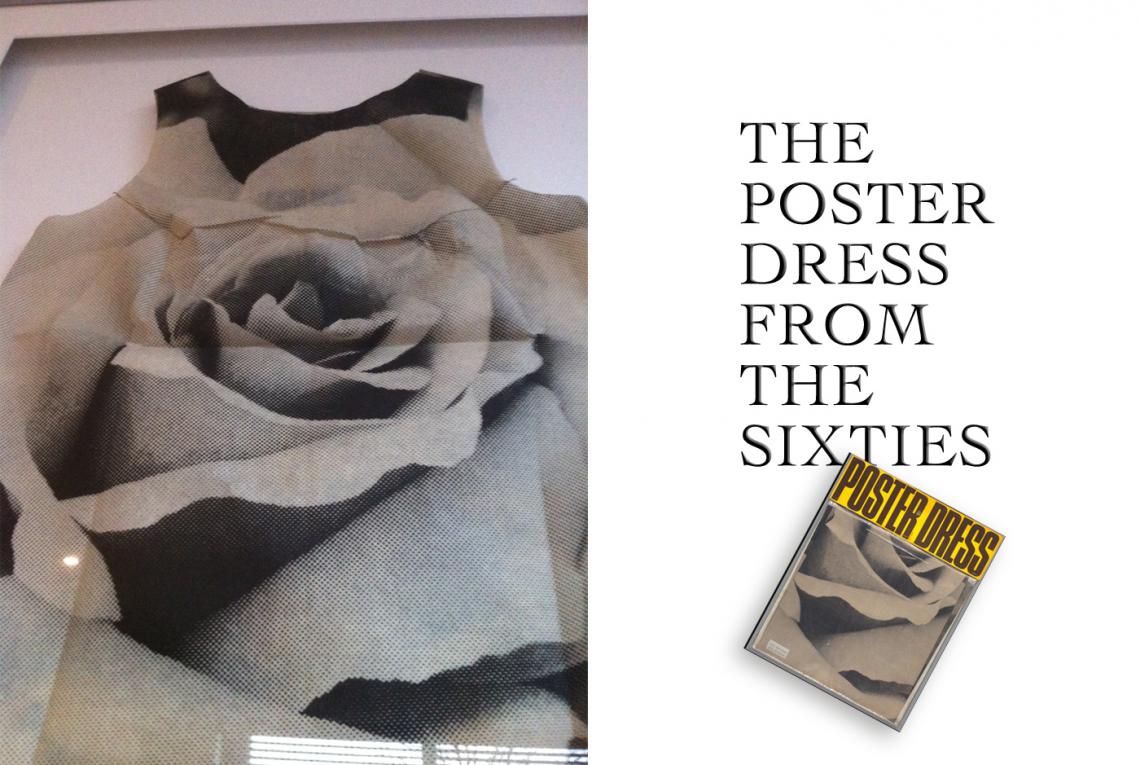 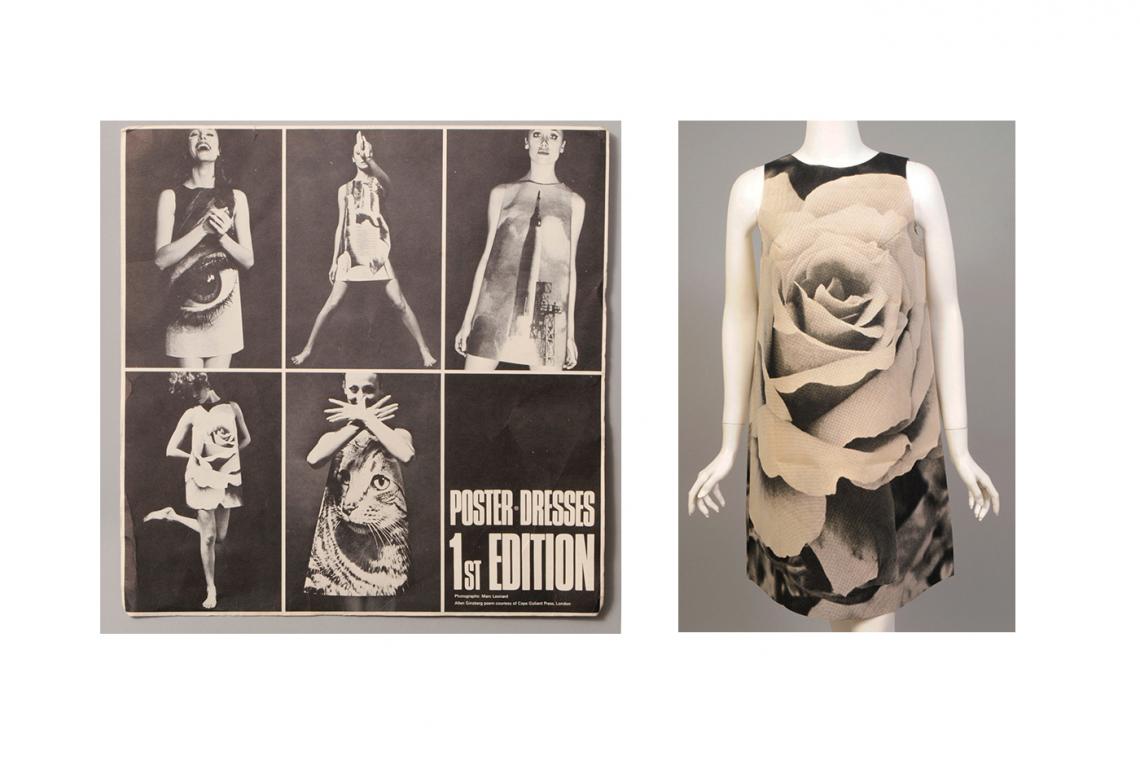 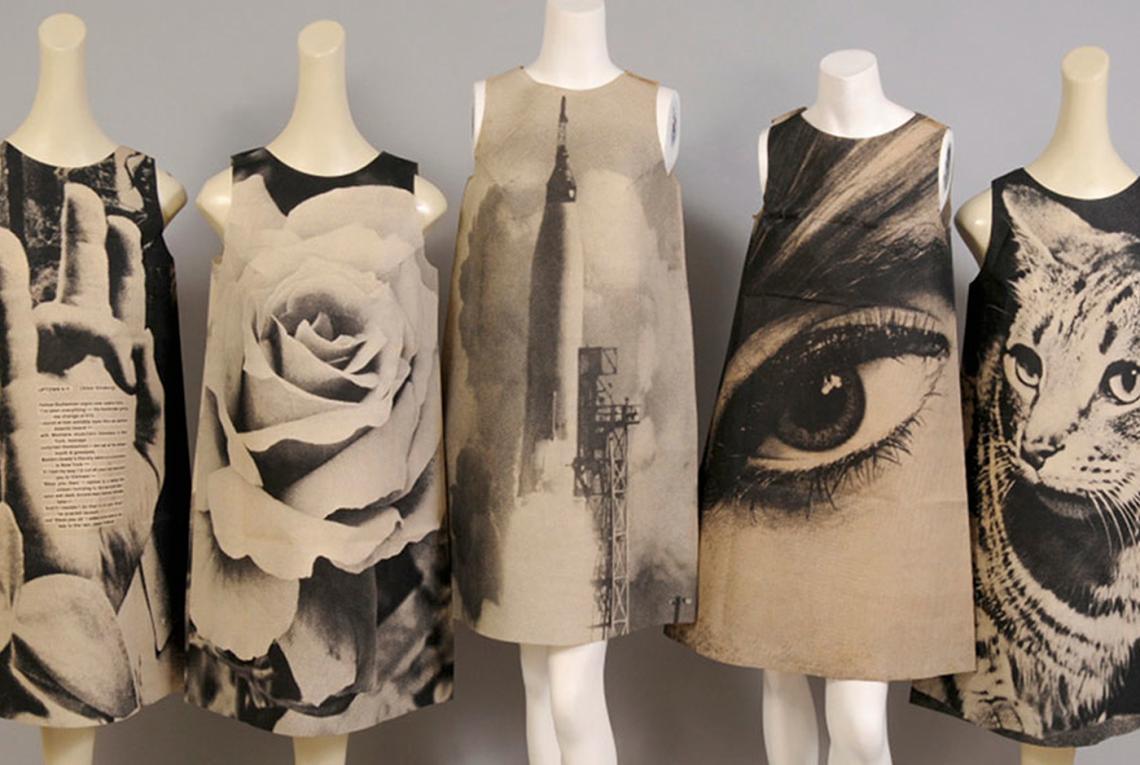